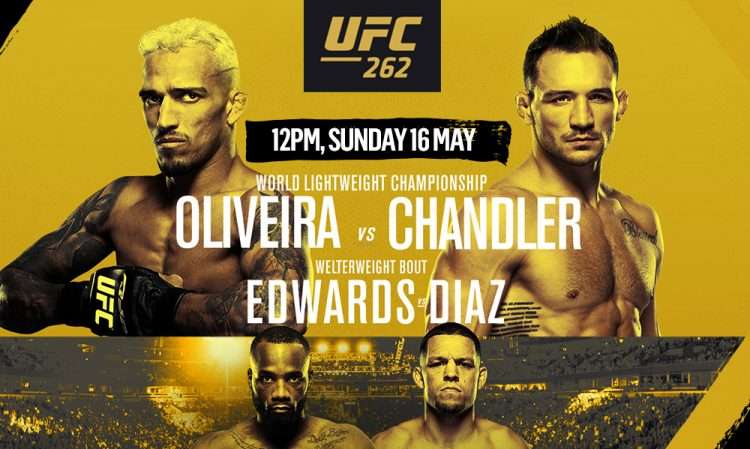 Charles Oliveira and Michael Chandler will dual it out for the vacant UFC lightweight title in UFC 262. Chandler earned the title shot after a stellar knockout win over Dan Hooker, and a successful run against a number of big names. Oliveira is coming off eight straight victories dating back to June 2018, earning a title shot, like Chandler, with a KO over Dan Hooker.